Rosemount is one of the few places in Aberdeen that has retained its independent village-like feel, despite being a stone’s throw from the city centre.

When large villas started going up in the Rosemount area in the 1830s, it was quite separate from the city of Aberdeen.

It was only when the Aberdeen Municipality Extension Act was brought in in 1871 that Rosemount was incorporated within the growing city boundary.

A further extension in the 1880s and the construction of the impressive Rosemount Viaduct over the Denburn Valley below connected the area to the heart of the city. 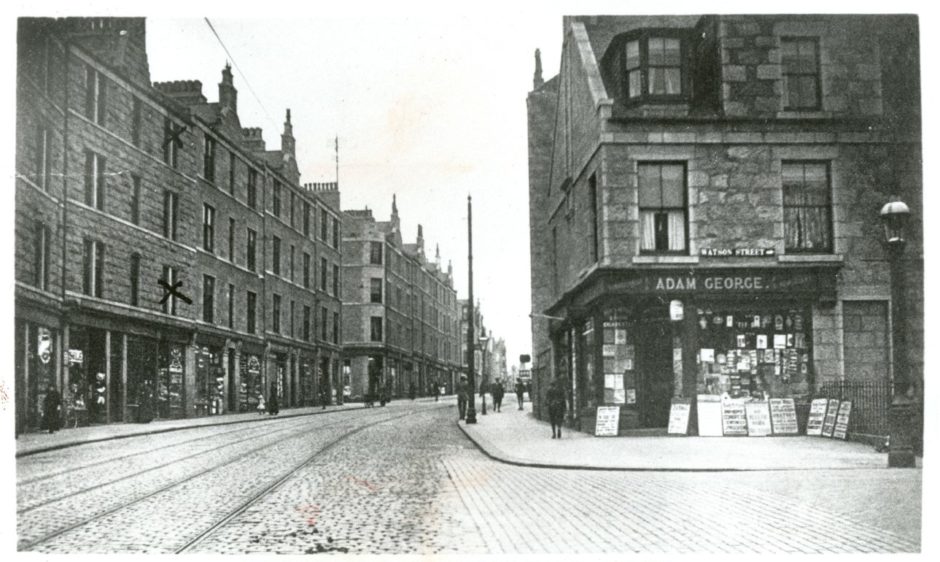 As well as villas towards Westburn, Rosemount is largely characterised by its large, Victorian granite blocks of flats.

This photo above shows a view of Rosemount Place – complete with tram rails – taken from the corner of Watson Street in 1914.

The newspaper billboards are competing with each other outside Adam George’s newsagent, but there are few passersby to notice them.

These days, Rosemount Place is a busy thoroughfare for people and vehicles. 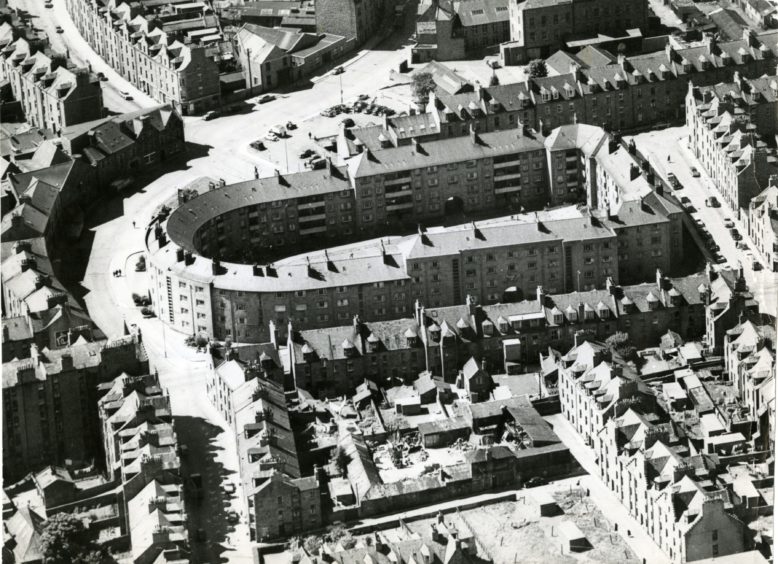 One building that stands out from the uniform Victorian tenements of Rosemount Place and Esslemont Avenue is Rosemount Square.

This aerial photograph from 1966 shows off the unique Art Deco housing development in all its glory.

The modernist block was designed in the inter-war years as an experiment in what new social housing could be, it was completed in 1948. 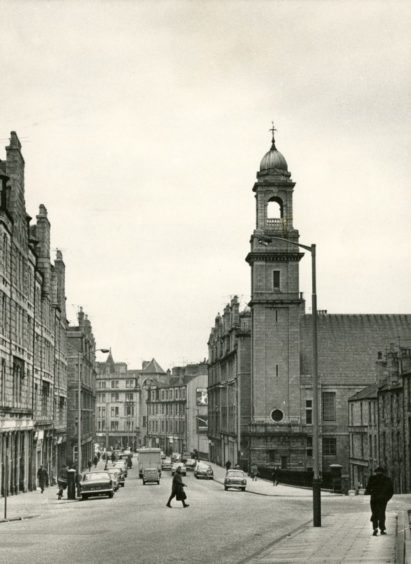 This view down South Mount Street towards Rosemount Viaduct shows Rosemount on a grey day in 1969.

Bon Accord Church stands on the right, but so little has changed in the streetscape, that if it was not for the vehicles and lamps, you could be forgiven for thinking it was 1939. 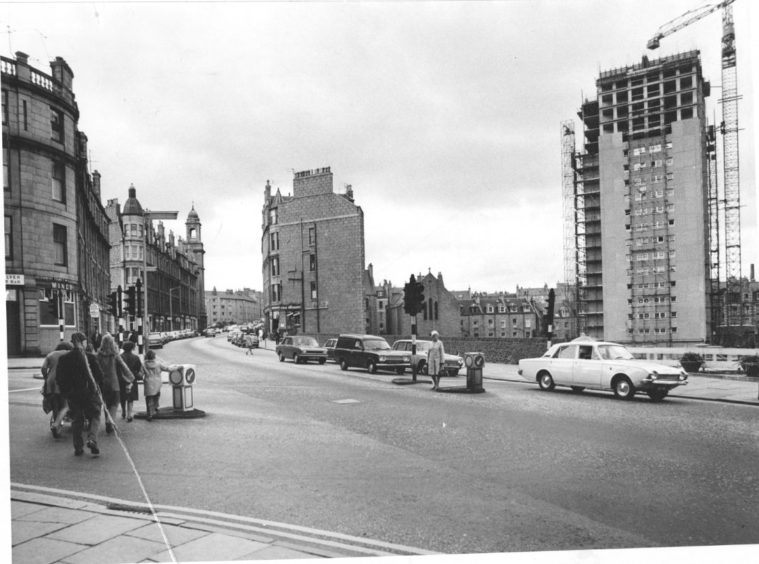 Just three years later, it was all change as a skyscraper at Upper Denburn began to rise above the rooftops of Rosemount.

The Victorians could never have imagined these alien structures sitting alongside their tenements and villas.

This unusual view of Rosemount Viaduct in 1972 shows a crane towering above the new addition to the city’s skyline. 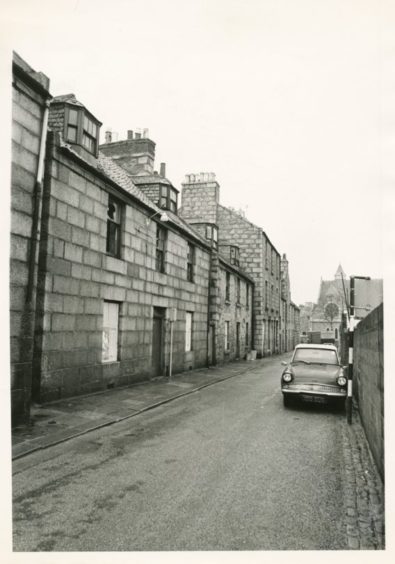 These forgotten and condemned houses on the left were demolished and later replaced with more modern flats on Donald Place.

The only building from this original row that remains is the one at the very end nearest the church. 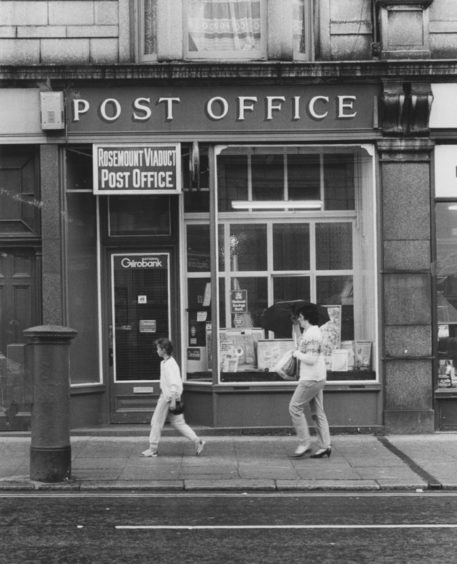 This quaint post office on Rosemount Viaduct was one of four sub-post offices to be axed in the city in 1984.

Head postmaster Alex Gibb had written to the various sub-postmasters and the branches to accept the voluntary closure scheme were Rosemount Viaduct, Baxter Street in Torry, Mounthooly and Lower Holburn Street. 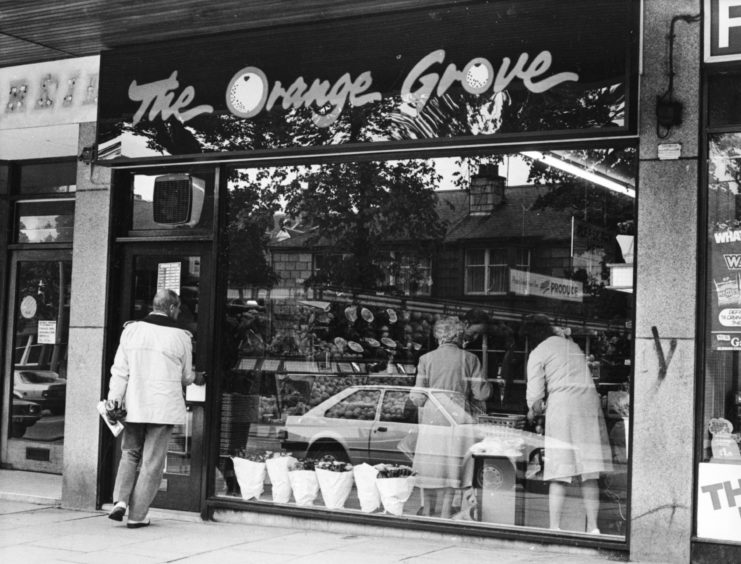 Many Aberdonians will be familiar with the The Orange Grove at 220 Rosemount Place, a popular self-selection fruit and vegetable shop, pictured here in 1985.

A bountiful fruit and vegetable shop, the proprietors aimed to give customers the widest possible choice and the highest possible quality.

After opening in 1971 it introduced many exotic fruits from far-flung parts of the world to Aberdonians, and a second shop opened in Mannofield.

More from the Evening Express

Step back in time: Photographic memories of Rosemount